I know. Sorta makes you want a latte with a shot of espresso right now, yes? Think again. 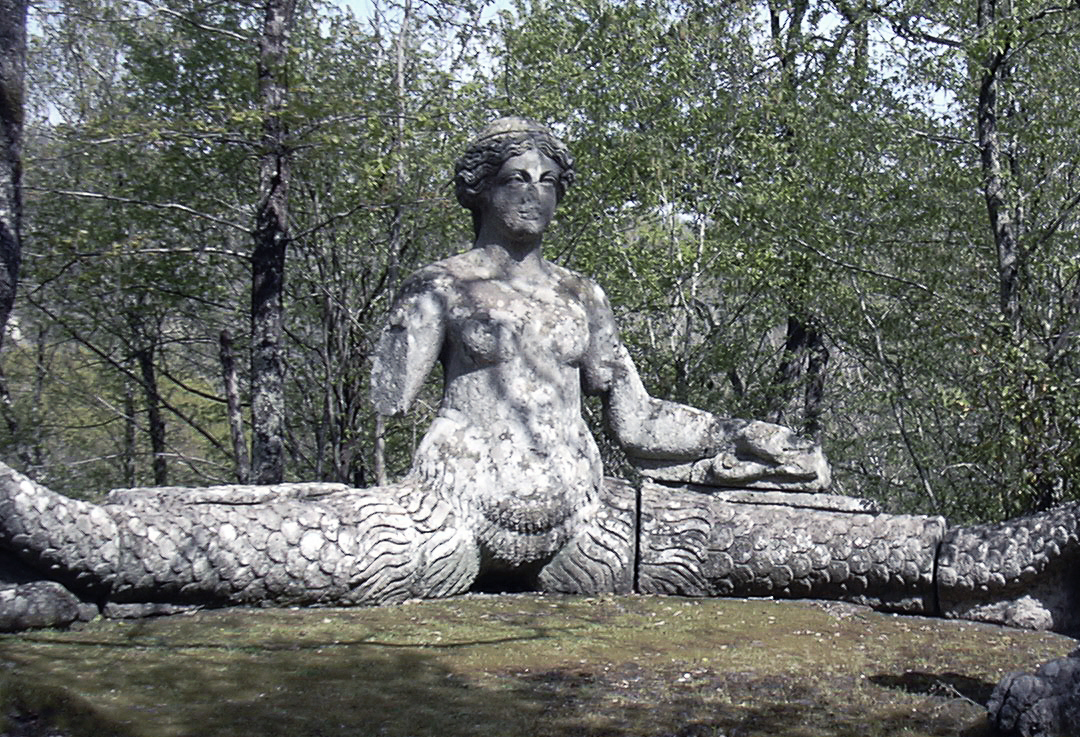 Hesiod’s Echidna was half beautiful maiden and half fearsome snake. Hesiod described “the goddess fierce Echidna” as a flesh eating “monster, irresistible”, who was like neither “mortal men” nor “the undying gods”, but was “half a nymph with glancing eyes and fair cheeks, and half again a huge snake, great and awful, with speckled skin”, who “dies not nor grows old all her days.” Hesiod’s apparent association of the eating of raw flesh with Echidna’s snake half suggests that he may have supposed that Echidna’s snake half ended in a snake-head.Aristophanes (late 5th century BC), who makes her a denizen of the underworld, gives Echidna a hundred heads (presumably snake heads), matching the hundred snake heads Hesiod says her mate Typhon had.

In the Orphic account (mentioned above) Echidna is described as having the head of a beautiful woman with long hair, and a serpent’s body from the neck down.Nonnus, in his Dionysiaca, describes Echidna as being “hideous”, with “horrible poison”.

She went on to team up with the mighty Typhon and had lots and lots of monster babies. How cute!

Although for Hesiod Echidna was immortal and ageless, according to Apollodorus Echidna continued to prey on the unfortunate “passers-by” until she was finally killed, while she slept, by Argus Panoptes, the hundred-eyed giant who served Hera.

And no, this isn’t the creature that the popular Starbucks logo is based on, thought wouldn’t that make for an interesting twist? Hmmm…
More info on Wikipedia.