An ancient tale of monsters and men! If you can push through text, it’s a wonderful story. I highly recommend the translation by Seamus Heaney. 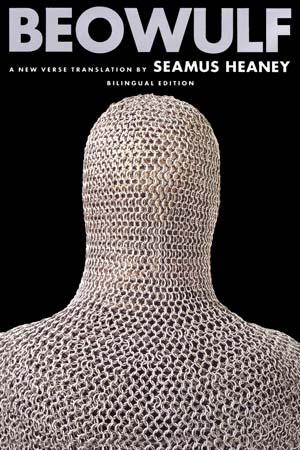 Grendel is one of three antagonists (along with Grendel’s mother and the dragon) in the Anglo-Saxon epic poem Beowulf (AD 700–1000). Grendel is usually depicted as a monster or a giant, although this is the subject of scholarly debate. In the poem, Grendel is feared by all but Beowulf.

Seamus Heaney, in his translation of Beowulf, writes in lines 1351–1355 that Grendel is vaguely human in shape, though much larger:

… the other, warped
in the shape of a man, moves beyond the pale
bigger than any man, an unnatural birth
called Grendel by the country people
in former days.

The poem Beowulf is contained in the Nowell Codex. As noted in lines 105–114 and lines 1260–1267 of Beowulf, Grendel and his mother are described as descendants of the Biblical Cain. Beowulf leaves the Geats to destroy Grendel, who has several times killed those asleep in the mead-hall of Heorot, after having been disturbed by the noise of the drunken revellers. Beowulf and his warriors bed down in the mead hall to await the inevitable attack of the creature. Grendel stalks outside the building for a time, spying the warriors inside. He then makes a sudden attack, bursting the door with his fists and continuing through the entry. The first warrior Grendel finds is still asleep, so he seizes the man and devours him (gory detail is given). Grendel grabs a second warrior, but is shocked when the warrior grabs back with fearsome strength. As Grendel attempts to disengage, he and the reader both discover that Beowulf is that second warrior. A battle ensues, with Beowulf’s warriors attempting to aid in the melee. Finally Beowulf tears off Grendel’s arm, mortally wounding the creature. Grendel flees but dies in his marsh-den. There, Beowulf later engages in a fierce battle with Grendel’s mother, over whom he triumphs. Following her death, Beowulf finds Grendel’s corpse and removes his head, which he keeps as a trophy. Beowulf then returns to the surface and to his men at the “ninth hour” (l. 1600, “nōn”, about 3 p.m.). He returns to Heorot, where a grateful Hrothgar showers him with gifts.

More from on the Wikipedia article.